Boxster EV Could Be Coming Soon

From – Car and Driver Electric prototypes of the current-gen Boxster are undergoing testing, and Porsche is working to get a concept released.

Porsche has been talking about electric versions of its entry-level Boxster and Cayman sports cars for the past decade, and the next step could be a concept vehicle. Michael Steiner, Porsche’s executive board member for development, says that the German automaker is pushing to develop one, taking a similar approach to the Mission E concept in 2015 that previewed the 2020 Taycan electric sedan, and this (above) is what we think it could look like.

In 2011, Porsche showed off two electric second-generation Boxsters, one with a dual-motor all-wheel-drive setup and the other in a single-motor rear-drive format, and Steiner says that Porsche has built electric prototypes of the current-gen Boxster, too. However, the weight of the vehicles is the main issue, Porsche says, and the prototypes were too heavy. There was also a hybrid prototype, the U.K. publication Autocar reported in 2019. Last year, the German automaker said that the electric sports cars will use a platform separate from the new PPE electric architecture that will underpin the upcoming electric Macan, one that is newer and not yet announced.

The 718 Boxster and Cayman currently have three engine options: two turbocharged flat-fours, providing 300 and 350 horsepower, and a new 394- or 414-hp 4.0-liter flat-six engine that powers the GTS 4.0, GT4, and Spyder models. We think the gas-powered versions could be sold alongside the electric Boxster and Cayman, too, just like the new Macan. Porsche won’t confirm this or comment on the next-generation Boxster and Cayman’s powertrains, though. However, the automaker hopes that new synthetic fuels it’s developing called eFuels, along with likely hybrid assistance, will extend the life of the internal-combustion engine.

Porsche wants its electric models to provide the same driving experience as its traditional cars, so the electric Boxster and Cayman should have the same characteristics that have made them longtime Car and Driver 10Best winners, but they could be quicker. In our testing, the 718 Boxster and Cayman’s acceleration ranges from 4.3 seconds to 3.3 seconds, and we don’t expect the EV to be any slower. The Macan will have a similar propulsion sound to the Taycan’s proliferated throughout its cabin, so we should hear it in the electric sports cars, too.

The Porsche Taycan arrived as an all-new model, but now Porsche is transitioning to adding electric versions of its existing models, including the Macan. And we could see an electric Cayenne soon, too. Porsche has made it clear that it hasn’t made a final decision on when the electric Boxster and Cayman will arrive, but we’ll know more when a concept is revealed. 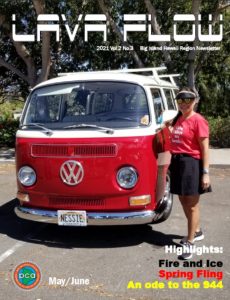