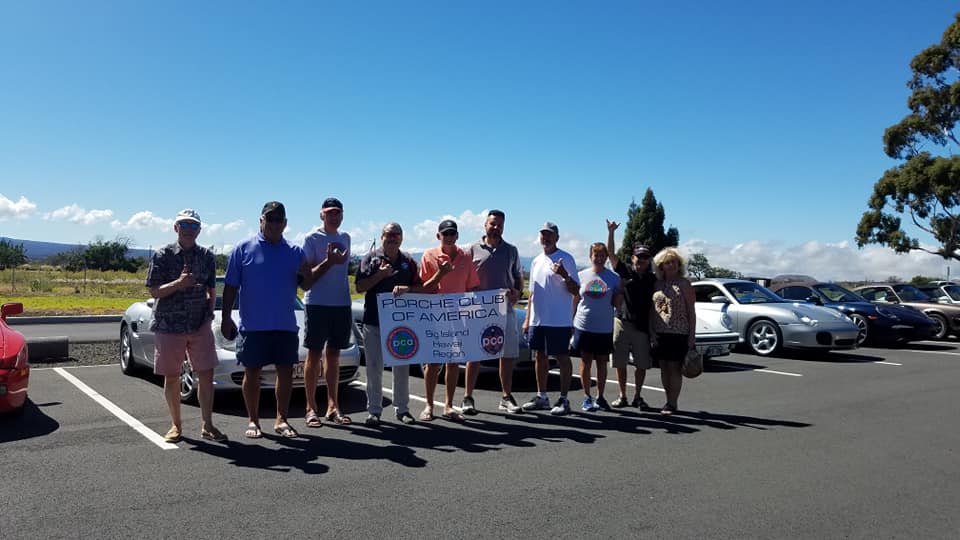 Many Porsche owners don’t just own their cars for the drive on its own. Quite some of them have a true passion for Porsche, and dedicate a great part of their life to their favorite car. Gunner Mench is one of them. His father George Mench was a talented photographer, with a passion for Porsche. That passion resulted finaly in a close friendship with Ferry Porsche. George Mench’s pictures are printed on many postcars, brochures and even in the legendary and highly collectible Liebe zu Ihm book. No wonder little Gunner inherited the passion for Porsche from his father. In 2015, Ellen Liddle (current President of the Hawaii PCA) approached Gunner Mench, who lived on the Big Island, as Liaison for the club. Goal was to expand the outreach of the club past the island of Oahu, where the vast majority of the members lived. At that time, only 15 members of the Hawai PCA lived on the Big Island.  In February of 2018, the Big Island Hawaii Region was chartered as the 144th Region in the Porsche Club of America.

Initially, about 50 members joined the club. Gunner’s popularity and constant promotion of the brand new Big Island charter resulted in a steep rise in membership. By the end of the first year, it even doubled to over 100 members. At the end of 2020, the Big Island PCA chapter has 145 members.  The work of Gunner Mench and his fellow team members visibly paid off.

The purpose of the Club is to bring together drivers of Porsche vehicles. Club membership promotes camaraderie among its members by organizing recreational meetings, events, and excursions. In the past two years, the Club has developed many activities for its members. Highly recognized events include our Annual Sweet Heart Drive. Gunner can’t hide his German roots,  and the Oktober Fest event clearly proves that.

Last year the Big Island arrived on the PCA radar by winning the Web contest in Class one and we are in the second volume of our newsletter LAVA FLOW. 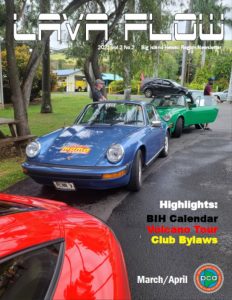